2019 marks the 20th Anniversary of the current Scottish Parliament at Holyrood in Edinburgh.

A special event marking the opening of the parliament is taking place on Saturday 29th June 2019 and members of the public are invited to visit the parliament and join the celebrations.

What many will not be as aware of, is that the previous version of the parliament (known as The Parliament of Scotland was in existence from 1235 – 1707 – a period of almost 500 years of Scottish Independence.

The Parliament of Scotland was the legislature of the Kingdom of Scotland. The parliament, like other such institutions, evolved during the Middle Ages from the king’s council of bishops and earls. It is first identifiable as a parliament in 1235, during the reign of Alexander II, when it was described as a “colloquium” and already possessed a political and judicial role. By the early fourteenth century, the attendance of knights and freeholders had become important, and from 1326 commissioners from the burghs attended. Consisting of the “three estates” of clergy, nobility and the burghs sitting in a single chamber, the parliament gave consent for the raising of taxation and played an important role in the administration of justice, foreign policy, war, and all manner of other legislation. Parliamentary business was also carried out by “sister” institutions, such as General Councils or Convention of Estates. These could carry out much business also dealt with by parliament – taxation, legislation and policy-making – but lacked the ultimate authority of a full parliament.

The pre-Union parliament was long portrayed as a constitutionally defective body that acted merely as a rubber stamp for royal decisions, but research during the early 21st century has found that it played an active role in Scottish affairs, and was sometimes a thorn in the side of the Scottish Crown. 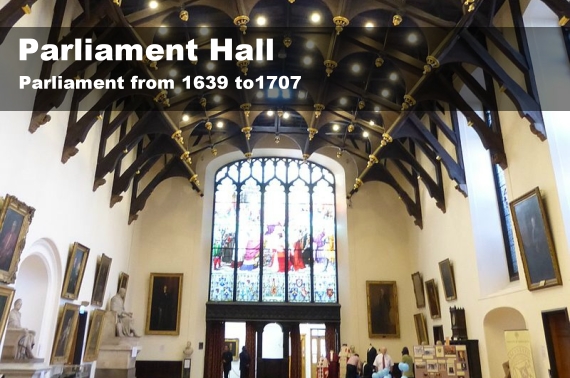 Parliament Hall, Edinburgh, meeting place of the Parliament from 1639–1707. 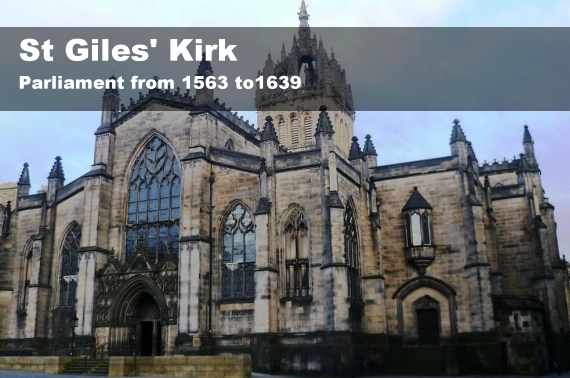 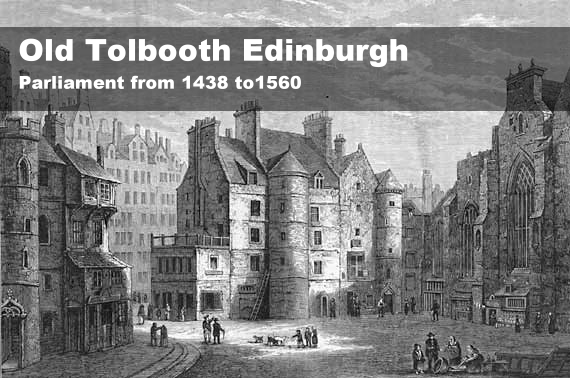 Old Tolbooth, Edinburgh. Usual meeting place of Parliament from 1438 to 1560

Robert Burns’ claim that the Union of England and Scotland (and hence the dissolution of the Scottish Parliament) was brought about by the Scots members being “bought and sold for English gold” was largely accurate – bribery and parliamentary division combined with wider economic imperatives, partly arising from the disaster of the Darien Scheme, enabling the Crown to incorporate a Union with England in the Acts of Union 1707 which brought into existence the Parliament of Great Britain. Forty-five Scots were added to the 513 members of the House of Commons and 16 Scots to the 190 members of the House of Lords.

Marking 20 years of the Scottish Parliament